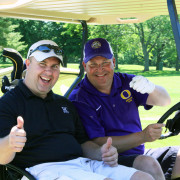 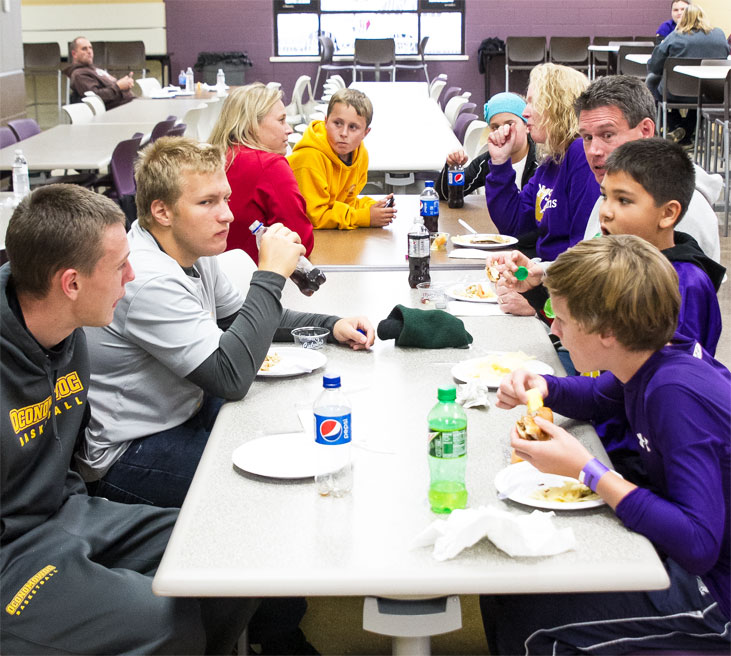 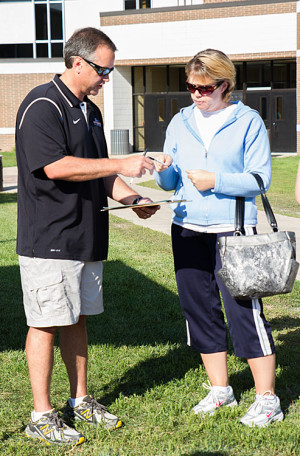 Current OSBC President Terry Brandl was featured in a recent artcle on the organization’s work on behalf of the athletic programs at the high school and intermediate schools.  Click here to view the article.

Brandl is left, assisting one of the organization’s supporters prepare for a test drive at last year’s Ewald Dodge test dive fundraiser at the high school.

There are lots of ways to measure the impact of a high school athletic program in a community, but one of those measures, and perhaps the most common, is the competitive success of those programs. At Oconomowoc High School, that measure has improved dramatically over the last four school years.

In a report given to the Oconomowoc Area School District Board of Education Tuesday evening, Athletic Director Scott Raduka revealed that the high’s athletic program has enjoyed unprecedented success competitively.

Raduka also said  the number of Cooney athletes earning all-conference honors in all sports (first-team, second-team or honorable mention), was a huge 170, versus the 71 honored in 2010-2011. Raduka also pointed to the awarding of Division 1 athletic scholarships this year (6), a record for the school in a given school year.

Another statistic demonstrating the growth of the athletic program is the number of students who are participating, at some level, on one of the school’s  23 teams (19 varsity-level and four club sports). This school year the total was 641 student/athletes, up from 470 in 2010-2011. 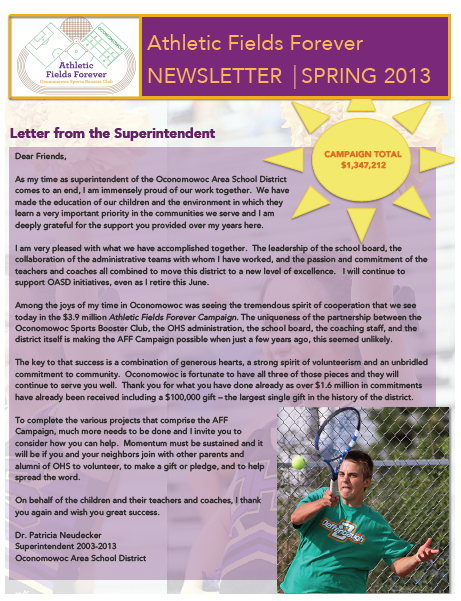 The latest in a series of newsletters providing an update on the status of the Oconomowoc Sports Booster Club’s Athleteic Fields Forever fundraising campaign is now available for viewing, sharing, downloading or printing. Click on the link below to access the PDF file.

Athletic Fields Forever is the organization’s campaign to raise $3.9 million to upgrade and expand the outdoor athlete facilities at Oconomowoc High School. Click here to go to the section on this website devoted to Athlete Fields Forever.

Click here to view or download the newsletter. Because it is a large PDF file it may take some time to download. Please be patient. The wait is worth it.

Sign up now for the 25th annual Jack Bub Memorial golf outing sponsored by the Oconomowoc Sports Booster Club, Monday 10, at the Paganica Golf Course, Oconomowoc. Click here to view more information and for a registration form. The $95 cost (per golfer)includes 18 holes of golf with cart, drinks, prizes, lunch, and dinner. Non-golfers can attend the dinner for only $15. Registration deadline is June 3. Sponsorship opportunities are also available. Contact Bob Aackerman, 414-687-6456 or parbobpar@yahoo.com for more information on sponorships.

At the February meeting of the Oconomowoc Sports Booster Club, the organization presented the combined hockey team of Oconomowoc, Mukwonago and Kettle Moraine, with a check for $2,800 to help offset the club’s costs for ice time rental.

The Oconomowoc Sports Boosters Club continues to award funds to all high school sports and these funds are separate and distinct from the Athletic Fields Forever Project (AFF). At present the AFF campaign has been pledged over $900,000, and the Booster Club has declared its intent to donate $100,000 towards the project.

Click on one of the images below to view, download, or print any of our AFF Campaign newsletters: 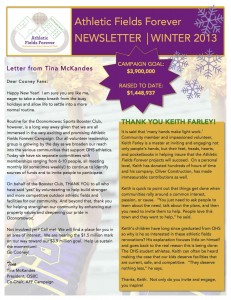 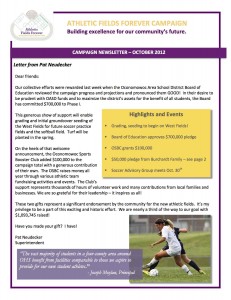 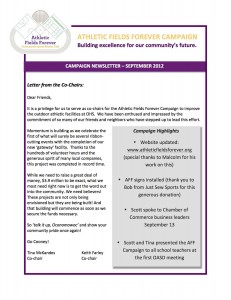 Another feature of the Athletic Fields Forever Campaign is to complete the Oconomowoc Tennis Center with a new facility that will provide restrooms, shelter and refreshment.  Please click on the image below to see plans to move forward. 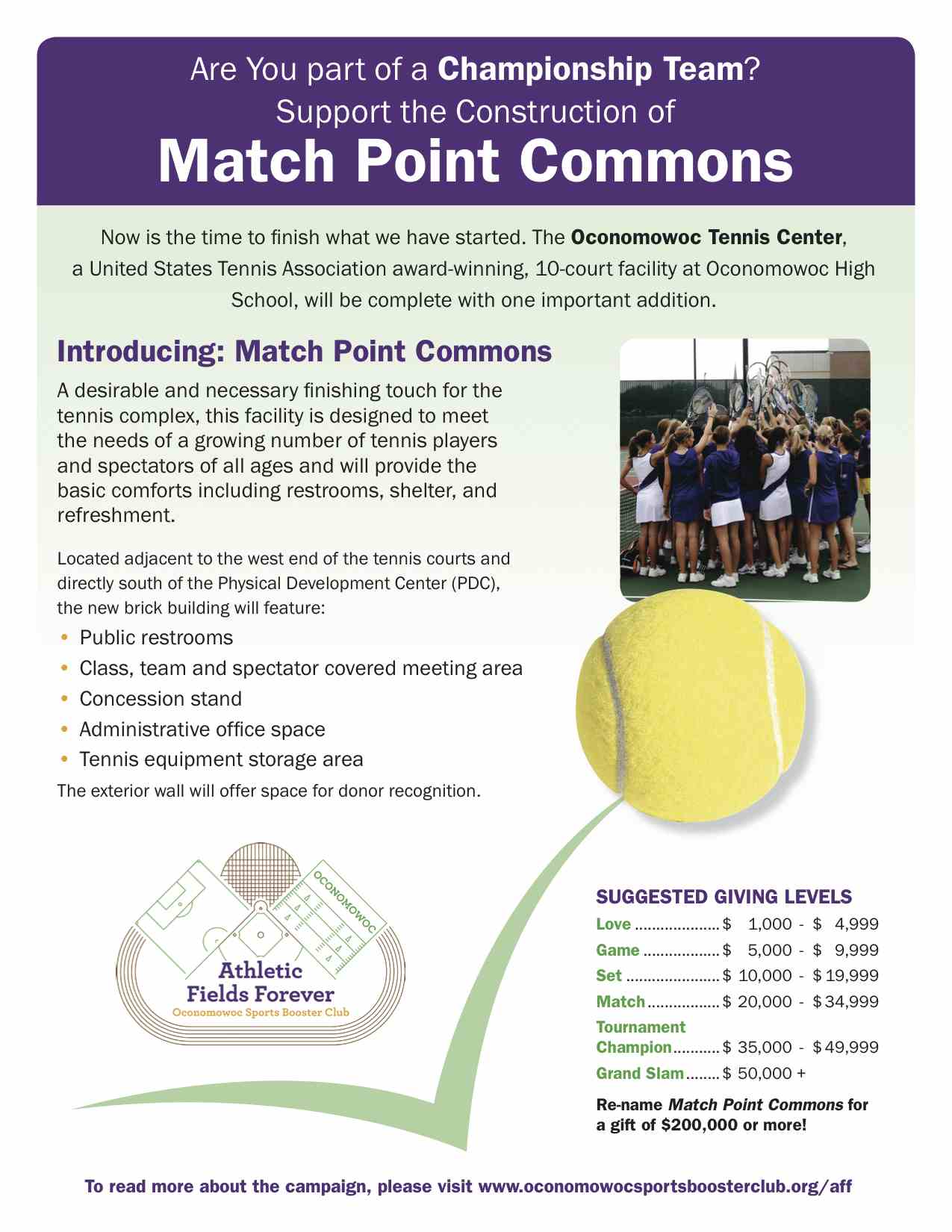 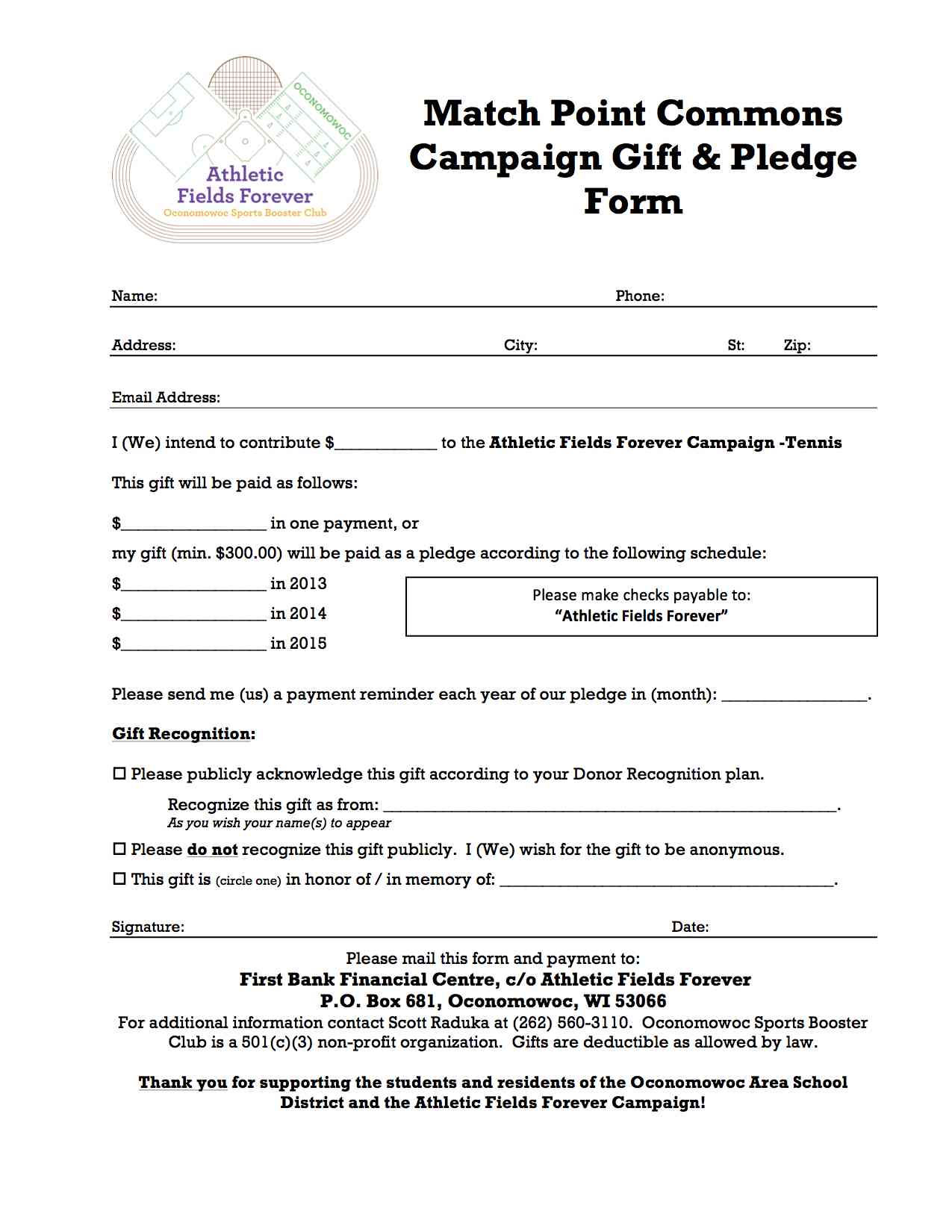 You’re Invited to an OSBC Board of Directors Meeting

All OSBC members and guests are invited to attend the monthly OSBC board meetings on the second Wednesday of each month at OHS, room 170.

Meetings start at 6:30 p.m. and often feature presentations from the coaches of the various teams and clubs at OHS.

Come learn about the many activities and events that raise funds to support the athletic programs at with the high school and intermediate schools within the OASD.